José Bosingwa, a Journey from Ecuador to Portugal National Team

José Bosingwa, a right back and now a retired Portuguese footballer played his last match for Turkish Super Lig side Trabzonspor right before his retirement. The player was an attacking full-back and caused trouble for the opposition with his ability to move up and down the flanks. 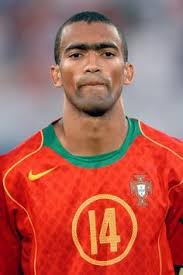 The player taught Romelu Lukaku Portuguese when they were in Chelsea together as he received 25 caps for Portugal during his professional football career. He began his club career at Boavista but then became a part of Porto winning three league titles and the champion’s league and then he transferred to Chelsea.

He cost Chelsea a £16.2m in 2008, winning another champions league title, a league championship and three FA cups in the four-year span, making 24 appearances for Portugal and was a part of 2008 European championship before he called it quits for international football.

In an interview, he revealed that he was sent to Portugal by his parents at the age of nine due to political instability in Congo. He stopped studying in his ninth year as he signed his professional player contract. He also said that he used to play football on the streets just for fun and a gentleman called Vitor, coach of the team of initiates took his home number and caller after 3 or 4 days and talked to his parents and that was his first step in professional football. Before that all the history he had with football was a brother and a cousin playing in Oliveira do hospital. It was a long journey that he made from the forests of Ecuador to the football world of Portugal adjusting to a new world, a new language, and very different weather. But it won’t be wrong to say that he didn’t choose a dream but the dream chose him.